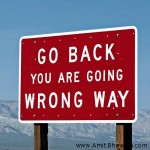 Normally most blogs sell direct advertisements for not less than 0.50$ eCPM and this counts to around a minimum of $0.10 per click when the Impressions vs Clicks are counted. This is the very reason most blogs have different ad networks at the same time like Google Adsense, CPM Networks, BuySellAds etc and the revenue from each of these networks is always on different levels.

Now lets talk about the Income you would earn from these ad networks. On an average of Adsense eCPM and other statistics its known that the normal blogs receive around 0.10$ minimum per click along with a CTR of around 2% average. This means that if a blog receives 10,000 pageviews in a day their income would be –

Incontent Ad Networks like Infolinks, Kontera have an average pay out of less than $0.05 per click, while in our case its very very less which is around $0.01 per click. Here are some of the statistics below which would give you information on the payments these networks pay to their publishers.

Infolinks on an average paid around 2 cents / click as you can find in the following Income Statistics where in we earned $16.62 for 790 clicks.

Kontera was more worst in terms of paying their publishers.

The above stats clearly show that for a total of 1821 clicks we received a revenue of $17.53 which actually means that the average per click revenue is $0.009 and still we were showing the ads.We had even performed a A/B Split Test to compare these ad networks and both failed when compared to others.

When we ran a Visual Heatmap we found that in short we were making our visitors move away from our blogs for less than a cent and this is way cheaper than selling cheap banner advertisements. Instead its better to opt for higher paying networks or else running the blog clean with just Contexual Advertisements along with CPM Advertisements.