Tesla is a dream for many Auto Enthusiasts, who have been looking for a Smart Car, that’s not just powerful but also looks sleek, designed environment-friendly and comes with features we cannot find in any other cars in the market. I also believe that the Electric cars are the future, with the pollution level going up, and the natural resources going down, it is a good idea to reduce fossil fuel usage for our transportation needs. That said, Elon Musk is looked up as the Iron Man of the Tech Industry with a futuristic vision that has already been proved with all the projects he has been working on.

Just reserved the Tesla 3 in India & looking forward to the Test Drive. CreditCard already charged. Too much excited pic.twitter.com/WBVJIYKNyL

I have been following the updates on the current line of the Tesla cars in the US, though I did not find many cars on the streets while being the US. The feedback from most of the Tesla car owners are overwhelmingly positive that hints that this is a product I should be spending my hard earned money on. For a person like me, who drives around 20 km’s per day, the range of 215 miles per charge (Approx 300kms) should not be an issue since I would need to charge the vehicle once a fortnight.

It’s also the large boot space that’s another plus since you get almost the double space you generally get on a similar sedan. The Self-driving feature that was recently pushed through a software update to the cars in the US was one of the best things we have seen in the Auto Industry but then I’m kind of skeptical about that feature being implemented in India.

Talking about the current options in the country we have Audi, Mercedes etc in the premium cars segment that have been offering what they have been offering from decades while Tesla is a radical technology innovation that’s yet to come to India. Tesla is superior in terms of the technology and what it offers, while the announced Model 3, may certainly be a lower variant of the car, according to tesla all the sensors would still be available in the car, making it something that I would like to buy. 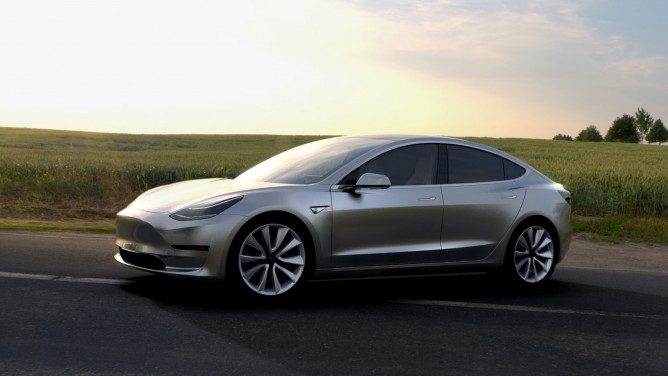 The pricing announced for the US is $35000 that roughly comes to around Rs 23 lakhs and a few taxes should not be bumping the price anything above Rs 25 lakhs. Now talking about the rumours of the 150% of Import duty, I personally think that it could be avoided if Tesla setups an Assembly plant here in India, that could be possible since our Prime Minister Mr Narendra Modi had recently met Elon Musk at his factory. Clearly a hint that there are many chances this partnership could work and we could see the Model 3 #MakeInIndia giving us not just a way to avoid the Import duties but also expect some kind of subsidies from the government that may bring down the pricing of the car than what we have heard in the U.S.

Overall I’m thrilled to own the First Super-Powerful Smart Electric Car in India though it all depends if they actually bring it here. Looking forward to some positive headlines in the coming days from Tesla for India.

You can Pre-Order here: Model 3 at Tesla

PS: If you remember I had started a petition last year towards Tesla for bringing this car in India and it is happening.

Good News. Tesla has confirmed my order, Looking forward to the Model 3 here in India. 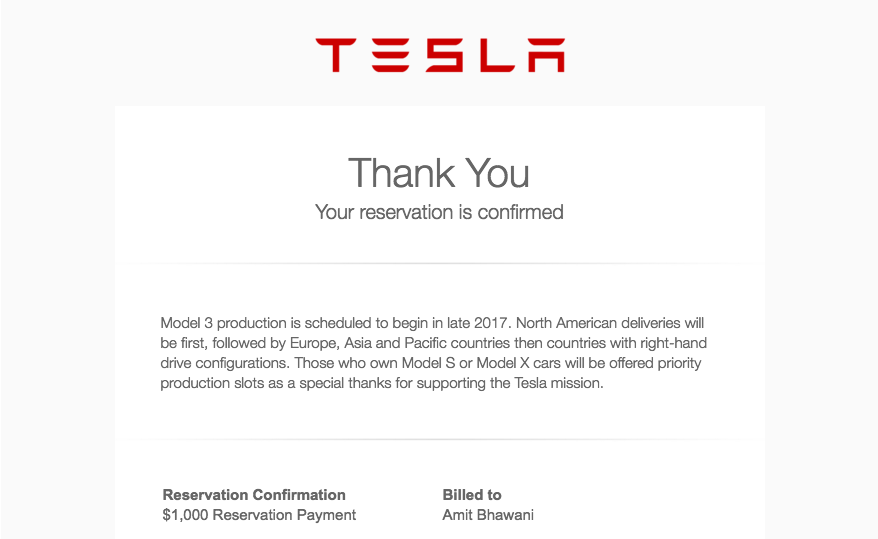 Also according to CNBC there are discussions going ahead on setting up a factory here in India. Watch the video below to know more.