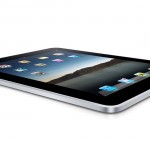 Apple iPad the Touch Screen Computer is going to be shipped to US Customers in April 2010 and following this Apple is going to launch the iPad Internationally. Hence, this means that this useful Tablet Computer won’t be available to the Indians yet, but here is a excellent option for all the consumers who are looking to buy a iPad before its officially launched all over the world. Previously chetan had written a article here on Apple iPad in India, saying that it has got no future and it sucks along with few important points in it. The following tutorial is useful for buyers from India, Australia, Canada, France, Germany, Italy, Japan, Spain, Switzerland and the UK who are looking to buy the Wi-Fi model which can be used anywhere in the World.

I had a telephonic conversation with a Apple India Store Manager, who gave me a estimation that if the Government of India approves the sale of these gadgets under their regulations, it would be available for sale from the month of April 2010 at a price range somewhere between 35,000Rs to 40,000Rs which is quite a hefty amount considering that the models start at 499$, while many blogs are estimating that the price would be somewhere around 25,000Rs which is quite wrong. Now you need to read below why the pricing is so high in India and why its worth the wait.

India has always been the last country most companies try to sell their products, you would seen the case of Apple iPhone 3GS, Motorola Droid, Nokia N900 & Nexus One where in still Indians are waiting for the gadgets while the other side of the world is advancing towards latest products and India is dumped with stock when the product is almost discontinued. 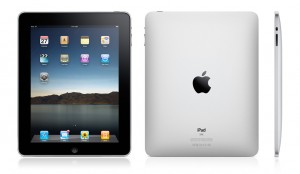 Along with this the Apple iPad gets charged with Local Sales Taxes or VAT which range from 7-16% based on the location. Apple offers you with 3 different modes of shipping which is Store Pickup, Free Standard Shipping or else the 12$ Express Delivery which is claimed to deliver the ipad 2-3 ahead than standard shipment option. If you prefer to buy the 32Gb Wifi iPad then it would cost you 599$ + Taxes + 12$ = ~700$ which when converted to Indian Rupees would be in the range of around 35,000Rs.

The best option to get started in ordering is first ordering the iPad using a US Credit Card & a US Shipping Address, following which you can ship the product from US to India easily using different services.

If you are shipping the Apple iPad after getting a US Credit Card through a friend, you should first check out the price quotes for shipment from different companies like DHL, TNT, USPS, UPS, FedEx etc which have given a approximate price range of 150$ for shipment to India. At the end don’t forget the Customs Duty charges which would be applicable when the shipment arrives in India and this would again be somewhere around 5000Rs [100$] as this is the amount we actually paid for a 16Gb Apple iPad. My final suggestion after calculating all the above costs and headaches would be to wait and watch till April and see if Apple would officially announce the iPad in India and even if the price is in the range of 35000Rs, it would still mean worth the money. We were able to get our Apple iPad as soon as it was launched but had to pay a hefty amount of money for this just to make sure that we were the first in India to own a iPad.